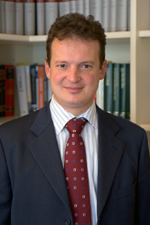 Degree in Law at the University of Bologna (1995).

Since 1995 he has been working at the Law Firm Gardenal & Associati, of which he has been associated since 2002.

He is a speaker in seminars and training courses organized by various institutions and institutions (for example: Course “From idea to business”, organized by Treviso Tecnologia, special company of the Chamber of Commerce of Treviso for technological innovation, on the topic “Legal corporate forms and social structure – Advantages and disadvantages of the various corporate legal forms”, “International contracts with focus on e-commerce and telematic contracts”, at the Belluno Chamber of Commerce, “E-commerce and telematic contracts: legal profiles “At the Chamber of Commerce of Treviso).